Background: Cancer is a very dangerous disease whose treatment can be improved by removing the factors that cause side effects if the drugs prescribed for cancer are chiral in nature.

Objectives: A computational evaluation for the most biologically active enantiomeric form of chiral drugs attacking the DNA of the cell, was made for the first time, and compared with the experimental work done by others previously.

Results: The docking study showed that the different enantiomers interacted with DNA differently because of having different arrangements of atoms/groups. The binding affinity of one of the two enantiomeric forms was higher than that of another.

Conclusion: R-methotrexate for breast cancer; R-mitotane for adrenocortical cancer; R-duvelisib for blood cancer, and S-irinotecan for colon cancer would be a suitable drug with less toxicity as well as other side effects. 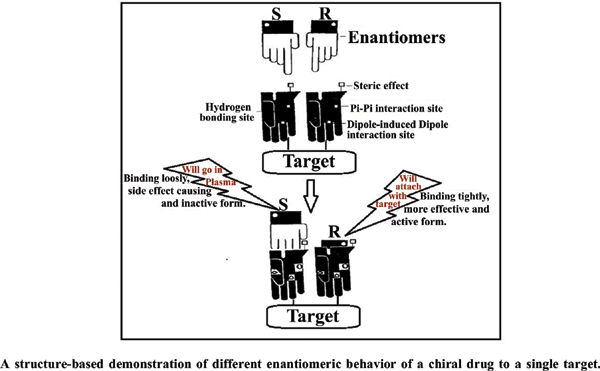